Sights defects and their correction. 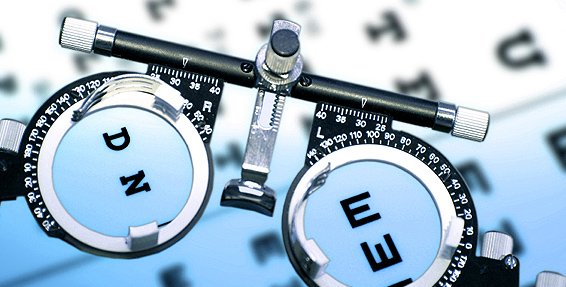 THE MOST COMMON PROBLEMS:

The term ametropy refers to the state when the image is not on the retina. Ametropy is a blurred vision that requires optical correction. There are three types of vision problems:

After the age of 40, everyone becomes a presbyopian when natural aging causes blurred vision in parts of the near vision. The problems mentioned above are very popular, although there are also other problems, such as, for example: vision impairment, strabismus, etc.

MYOPIA, or NEAR SIGHTEDNESS


Myopia is a visual defect caused mainly by the eye, which is "too long"; i. e. the distance between the cornea and the retina is too long. In such cases, the image is formed just before the retina, which means that the short-sighted patient has difficulty seeing objects that are far away, but not up close. The larger the person is short-sighted, the more he/she has to approach the object in order to see it clearly.

Shortsightedness can be corrected by means of diffusing lenses, i. e. lenses that are thinner in the centre and thicker at the edges. These lenses, also called negative or concave lenses, are designed to focus the image on the retina and restore good vision.

Hyperopia is mainly caused by the "too short"eye, i. e. the distance between the cornea and the retina is not large enough. In such cases, the image is formed just behind the retina, which means that the hyperopod sees things better from afar than from close up. Improvement in vision can be achieved through forced accommodation, which can be tiring in the long run. This is a common problem and is usually accompanied by eye fatigue.

Farsightedness is corrected by means of focusing lenses (thin on the edge and thicker in the middle). These lenses, also known as positive or convex lenses, are designed to focus the image on the retina and restore the image from the close-up.

Astigmatism is a visual defect caused mainly by abnormal curvature of the cornea, i. e. the cornea is slightly oval instead of being spherical. People with astigmatism have inaccurate near and far vision. The vision is not entirely sharp and certain shapes and details cannot be clearly distinguished or a clear contrast can be seen between horizontal, vertical or diagonal lines.

Astigmatism can be combined with other vision defects such as myopia, hyperopia or presbyopia.

Astigmatism is very common among young children and can have a negative impact on school performance by causing confusion between letters and numbers.

Astigmatism is corrected by means of lenses curved in various ways along perpendicular axes. They have different thicknesses on the edges. These lenses are designed to compensate for corneal defects and to improve the axis of astigmatism. The difference in thickness at the edge of the lens is the greater the stronger the astigmatism.

HOW CAN YOU CORRECT VISION PROBLEMS?

To ensure perfect vision, the correction aims at placing a clear image on the retina. Corrective lenses are the most common way to correct vision problems. These include the material, the optical surfaces and the treatments carried out on those surfaces.